Standing on the Shoulders of Giants 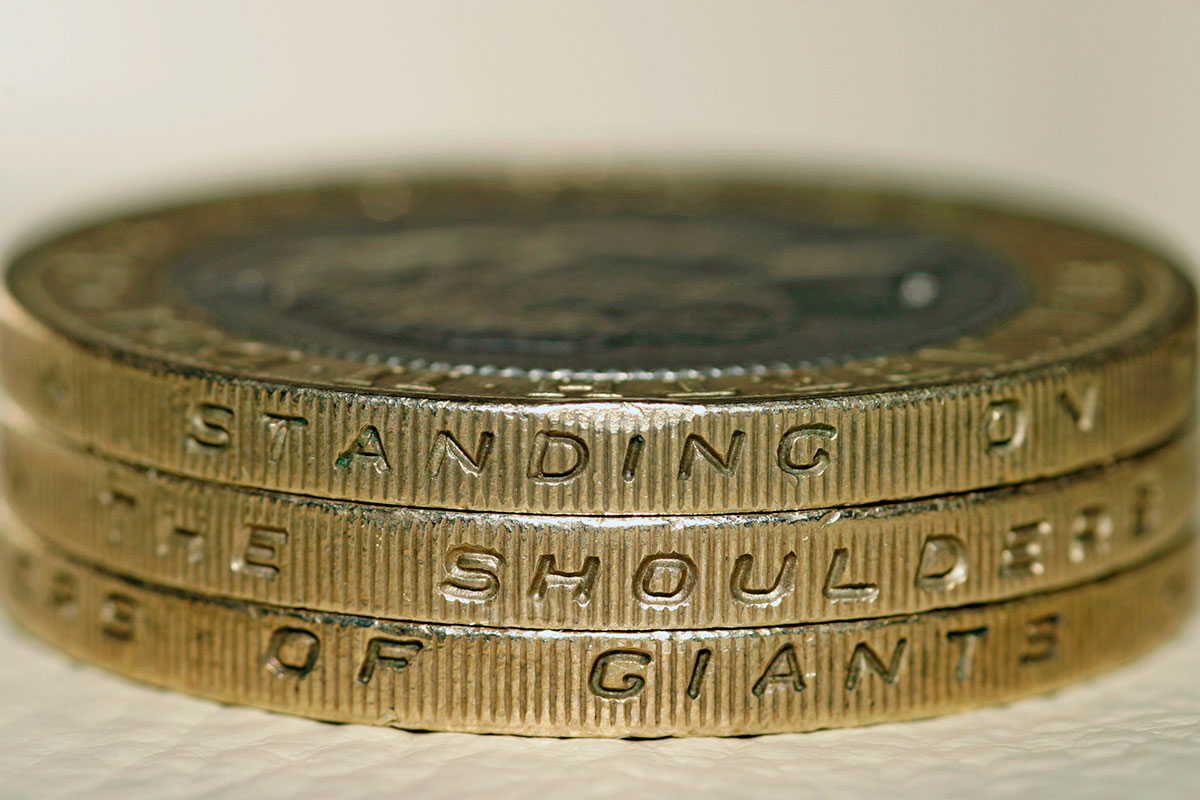 When did you last take a close look at a £2 coin? We all have them in our pockets and purses but how many of us notice the inscription around the edge and recognise its authorship?

Take a look and you will see the words STANDING ON THE SHOULDERS OF GIANTS.

How many of us when we take on a new role genuinely acknowledge the contribution of those who have gone before us? The answer I suspect in the corporate world is very few.

Whenever a CEO or MD is “replaced” it is much more usual for the incomer to be thinking in terms of a “new direction” than to build on the decisions taken in good faith by his or her predecessor.

I once led a firm founded by two brothers in 1869. Their foresight made the business for a period of time one of the pioneering leaders in its field. Eventually it was sold and became a corporate losing much of its pioneering spirit. It took an MBO for the firm to rediscover its entrepreneurial mindset. But the firms name and sector knowledge of our heritage certainly gave us credibility as we prospected in new markets.

There is much to learn from a company’s history. Market dynamics may have changed, customers moved on, competitors may become more or less successful and no doubt Boardroom sentiment towards the prevailing business strategy, particularly during a period of challenge, will have changed.

In Step one of an assignment I always try to understand how the business got itself into its current state. Rarely have I concluded that an individual, my predecessor, was solely responsible. More often there has been a combination of factors which have built up over time but which the management team and ownership for a variety of reasons either ignored, missed or simply failed to address.

There is always a judgement call to be made. So it is worth looking at the data available and how the decisions were made. In autocratic businesses the data is often secondary to the leader’s unchallenged “clarity” of foresight and intuition.

Stepping into a CEO/MD role at short notice to change a business’s trajectory takes courage. This is the land of uncertainty, known unknowns and unknown unknowns. Almost everyone in the senior team will know more about the domain than you do. And as the transformation professional, everyone will immediately expect you to be the Giant and take the big decisions.

So think about those who founded the firm and those Managers who led it before you.  The founder had the courage to start, and each leader who followed was almost certainly managing for success. Don’t fall into the trap of assuming the “giant” before you was a “pygmy”.

A firm’s present circumstances are much more likely to be due to “Events dear boy, events” than a single managers poor decision making or ineptitude.

“What Des-Cartes (sic) did was a good step. You have added much in several ways, & especially in taking the colours of thin plates into philosophical consideration. If I have seen further it is by standing on the sholders (sic) of Giants.”

Newton became Master of the Royal Mint in 1696 and took an active role in transforming the nation’s coinage. The £2 coin first entered circulation in 1988 with the edge inscription ”Standing on the Shoulders of Giants” in honour of Newton’s achievements.

With thanks to Kevin Doran, CIO, Brown Shipley, for the inspiration for this blog.