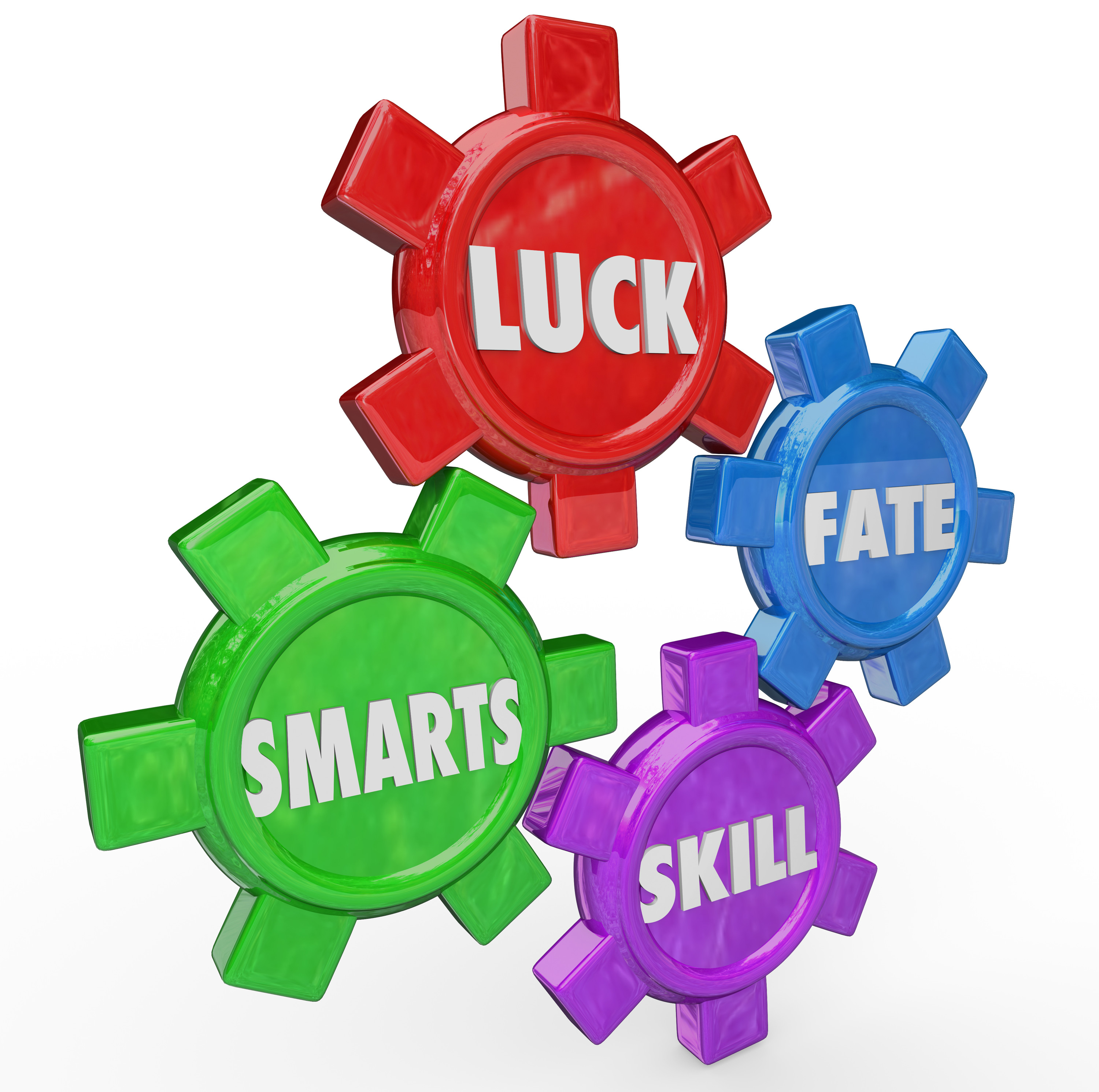 How often when you meet a senior executive, a business owner or new colleague do you reflect on how they got to position they now enjoy?

Most top Managers are confident in their own talents and would ascribe their success to hard work, ability and determination. But few are willing to acknowledge the huge helpings of luck they have enjoyed on their journey to the top.

Luck is frequently a much more important determination of career paths than ability, hard work or determination. Undoubtedly successful people need these traits in spades but then everyone competing for, or in, a top job has them.

Looking back at my own career, I won my first job not because I was a competent Biochemist but because my potential boss needed a Bass for his church choir (and that requirement certainly wasn’t in the job advert!).

But luck can impact both ways. In my mid 40’s two successive corporate Managing Director roles ended abruptly when I was “bumped” to make way for managers being made redundant due to reorganisations elsewhere in the structure. On both occasions my reporting teams, business associates and clients were shocked at my sudden departure. The businesses lost momentum and sales. In fact both my replacements were themselves “replaced” within 12 months…..

No third party observer would say that hard work, talent or determination was a factor in these events. I was “lucky” in that first job interview and “unlucky” to be impacted by the back wash of the two sequential corporate re-structurings.

Today I am very aware of the importance of luck in the shaping of a career. I was sent to great schools. I went to a Russell Group University. And being honest none of that was remarkable given my father’s profession as a Dental Surgeon and a home environment which was comfortable, supportive and encouraging. Being born into such an environment was my first big dose of “luck”.

In January 2008 four colleagues and I completed the MBO of a car components business. Within nine months Lehman shock caused a more than 50% demand reduction for car components and our sales plummeted. Then just as our diversification into industrial products was maturing, the 2011 Japan earthquake caused our two largest car OEM customers to substantially reduce UK production for an extended period. And finally, the well intentioned rescue of world’s financial system through Quantitative Easing (QE) and its impact on discount rates caused our defined benefit scheme deficit recovery plan to leap from a manageable £200k/year to an impossible £800k/year.

None of this was in our MBO plan and few businesses survive two, let alone three “hits”. We were “unlucky” to be the owners battling to keep the business afloat in such a turbulent period.

My childhood was musical, with annual trips to the theatre to see productions of Gilbert and Sullivan Operas. I often reflect on a line from HMS Pinafore:

As you walk into your first meeting of the day, take a moment to reflect on the journey that got you the position. Be honest and acknowledge the luck you have enjoyed in your career so far. And the luck you will need as you move onwards and, hopefully, upwards in the future.

But also show some humility and resolve to give something back.

Success and Luck: Good Fortune and the Myth of Meritocracy by Robert H Frank.

Economist Robert Frank describes how in a world increasingly dominated by winner-takes-all markets, chance opportunities and trivial initial advantages often translate into much larger ones – and enormous income differences over time; how false beliefs about luck persist, despite compelling evidence against them; and how myths about personal success and luck shape individual and political choices.